I live in the West of Amsterdam on the border of De Baarsjes and Bos & Lommer. Although Bos & Lommer has some wonderful ethnic cuisine, in general we head into the Baarsjes for our local restaurant fix. There is normally a new place opening in our area every month and so we do not suffer from a lack of choice. We recently visited Huis van Lopez which was aiming for a Mexican style. However everything just tasted of lime juice and pretty much nothing else. This review is about a restaurant I do like.

It is now extremely rare that a restaurant makes it to my go-to list which currently consists of 42 places. This one does.

This is a very unassuming restaurant just off Kinkerstraat on the line of the 17 and 7 tram. I had walked past it before and I thought it smelled great. The owner/chef is a Moroccan guy and the menu is Arabic/Mediterranean inspired. It is a simple place with white walls, basic wooden furniture open kitchen and room for about 50 covers.

I had looked on 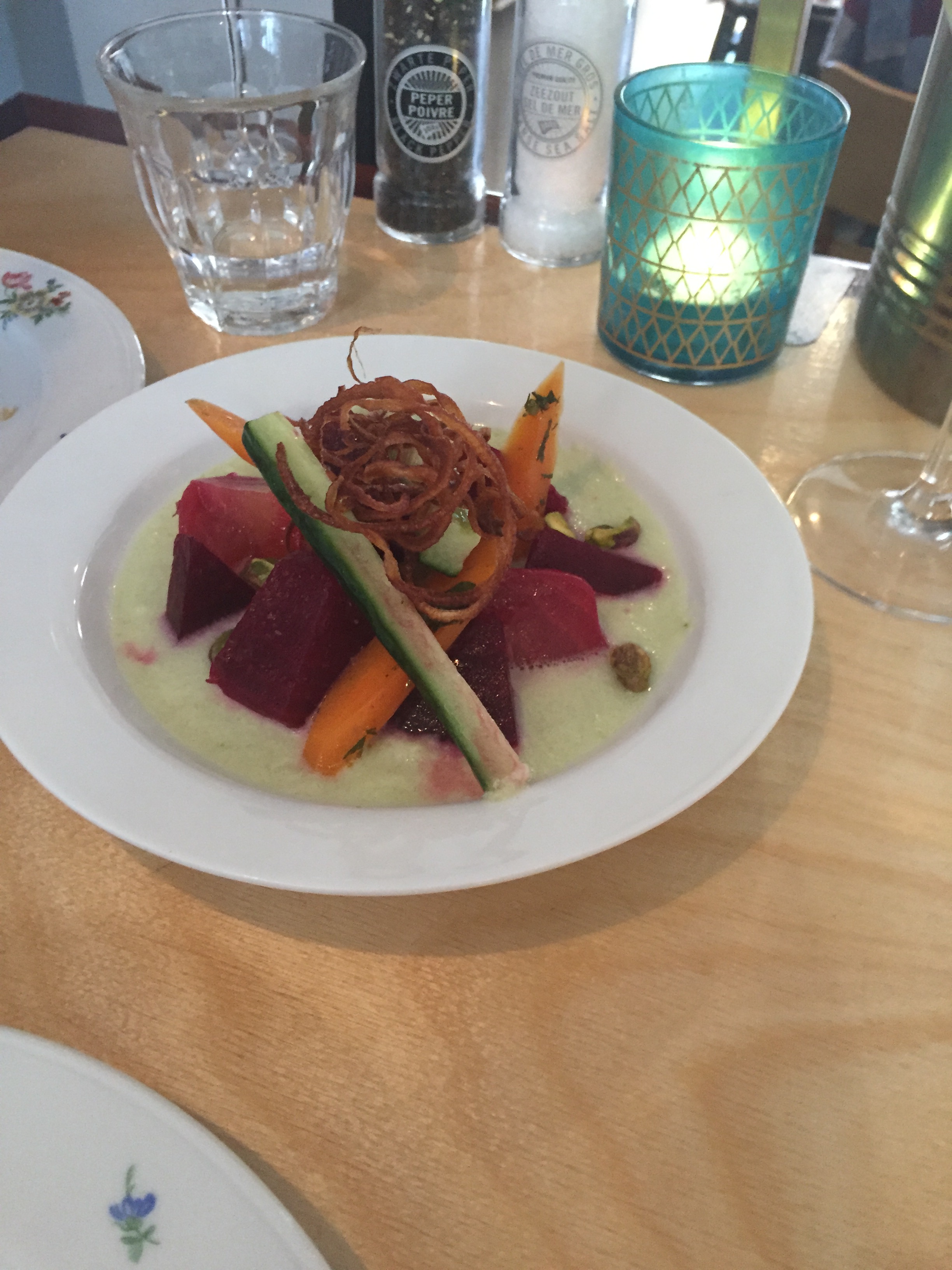 line at the menu beforehand so I was pretty sure what I wanted. Unfortunately the grilled sardines where finished when we arrived and so we chose 3 starters and oven baked dorade to share. The starters we chose were Arabic staples – hummus, baked spicy aubergine and a maybe not so Arabic staple, mixed beet platter. The first 2 were my choice and I thought they sang with flavour. Beets I don’t particularly care for, but they were nice enough. These were served with some slices of regular baguette-style bread. I could have just stopped there as it was filling enough and very tasty.

The dorade came out on a silver platter with wedges of lemon and covered in spices. The top of it was crispy roasted skin and underneath was slightly stewed. It was cooked to perfection. We shared a bit of the top and bottom with a generous squeeze of lemon juice. We had nothing to accompany it, but if you would like something, then a simple green salad would be all you would need.

The service was effective and unobtrusive. Simple. We had a bottle of white wine, no idea what it was, but it was good enough. The bill was well under 100 euros for 2 people.

It is simple, tasty, good value. You don’t need to know much more than this. Just go – you will be happy you have been there.