The Amsterdam Gemeente have managed to develop another money raising scheme that may also bring some benefits to the somewhat congested areas of Amsterdam. You may have noticed that parking areas for bicycles (and those pesky scooters) have been allocated with the drawing of white lines to designate these spaces.

Parking outside these boxes, even if they are as packed full as they usually are, now leads to the risk of your bike being kidnapped and held for a €15 ransom. This happened to me last week when I popped into the Apple store on Leidseplein to buy a new router. Service was prompt and I left the store in less than five minutes to discover 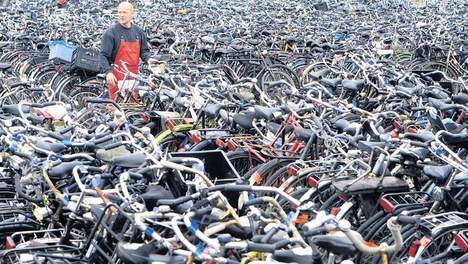 that my bike was missing. My immediate thought was that it had been stolen, then I spotted it on the back of a Gemeente vehicle along with several other just kidnapped bikes. Pointing out that the bike had not been there for more than five minutes and that the neighbouring designated parking areas cut very little ice with the hostile kidnappers – their idea of help was to point me to the nearest board showing the details of who to call. Many bike owners will naturally assume that their bike has been stolen and report it to the police first, thus wasting time and effort for everyone.

After several attempts I was finally able to connect to the phone line that informed me of where my bike would be taken. This is where the adventure began. Once I had confirmed that my bike was at the fiestdepot at Bornhout, I had to take the wonderful combination of tram, train and bus to reach this destination (not a particularly swift 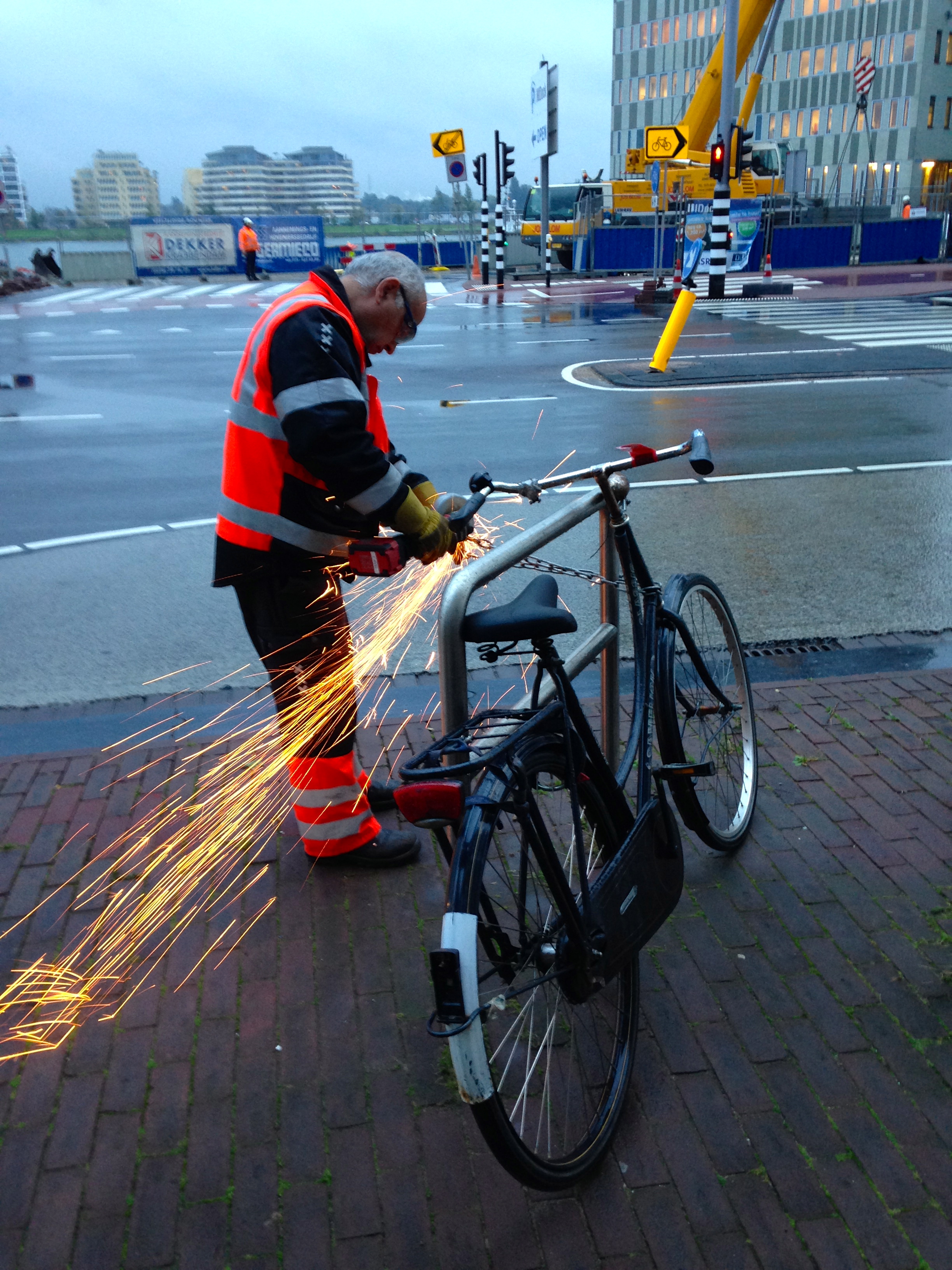 process). Arriving at the fietsdepot then led to the search for the bike, and after paying the €15 tax we were reunited. The cycle home wasn’t exactly short or fast but at least it was quicker than public transport and healthy as a bonus.

The reason for writing this piece is to alert Zine readers to the fact that they now need to be more careful where they park their bikes, no matter how short the stop is. The Gemeente are clearly taking a hard line and will kidnap your precious transport in the blink of an eye. The focus is likely to be in the city centre, but as another revenue opportunity who knows how quickly this initiative will spread.

You have been warned.