What a gem of a cocktail bar to find in a residential area of Amsterdam!

Scrapyard, it appears, is everything others aren’t for a few reasons. I entered the new bar to bluesy mellow beats and a warm welcome by the owner who originally comes from Salford. I was then presented with an extensive cocktail menu by the award winning cocktail bar person who was more than happy to provide a recommendation.

There is an extensive gin list which seems to be de rigueur in Amsterdam at the moment, but after much deliberating I opted for a CMV – coffee, mint and vanilla daiquiri as a pick me up. This could honestly be my most favourite cocktail ever, as the fresh minty taste balanced against nice strong coffee with vanilla was just divine!

Whilst watching the art of cocktail making, I was also informed that they make cocktails that are good for you, as in environmentally friendly and organic products. If you wish you can also choose a wine or a beer supplied by the Two Chefs Brewery. 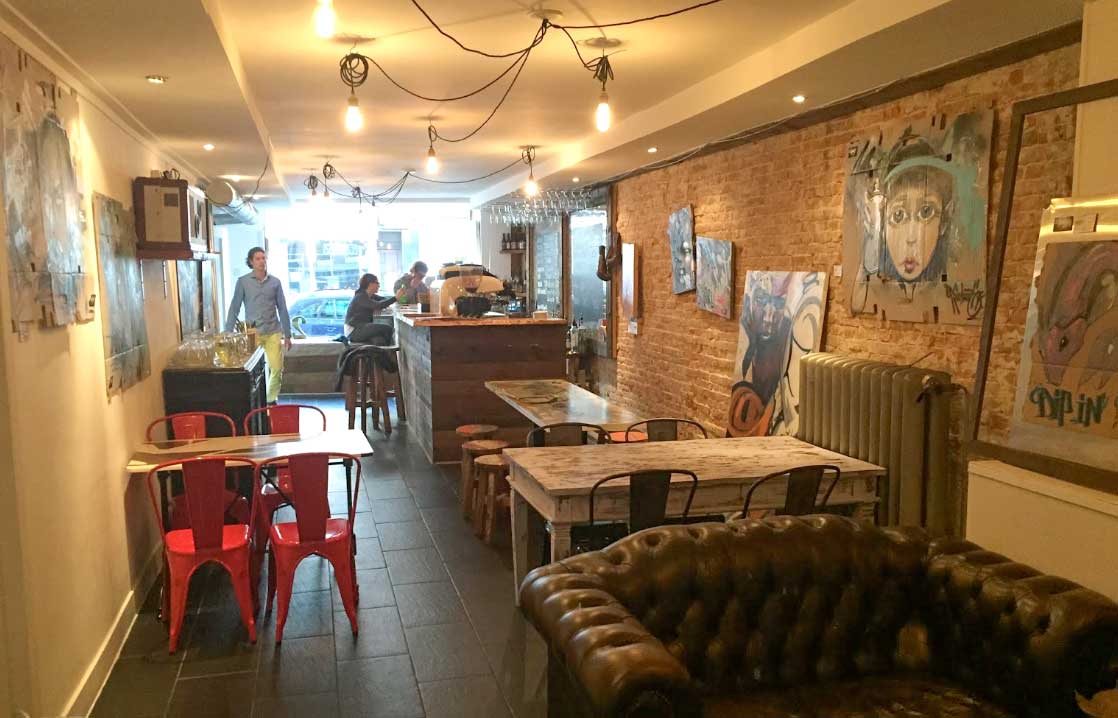 After devouring my cocktail, I decided to have a peek around the place as there was a good range of modern and interesting art on display from local art producer RichArt Penture. There were quite a few real life portraits of famous people such as Martin Luther King and Mohammed Ali. 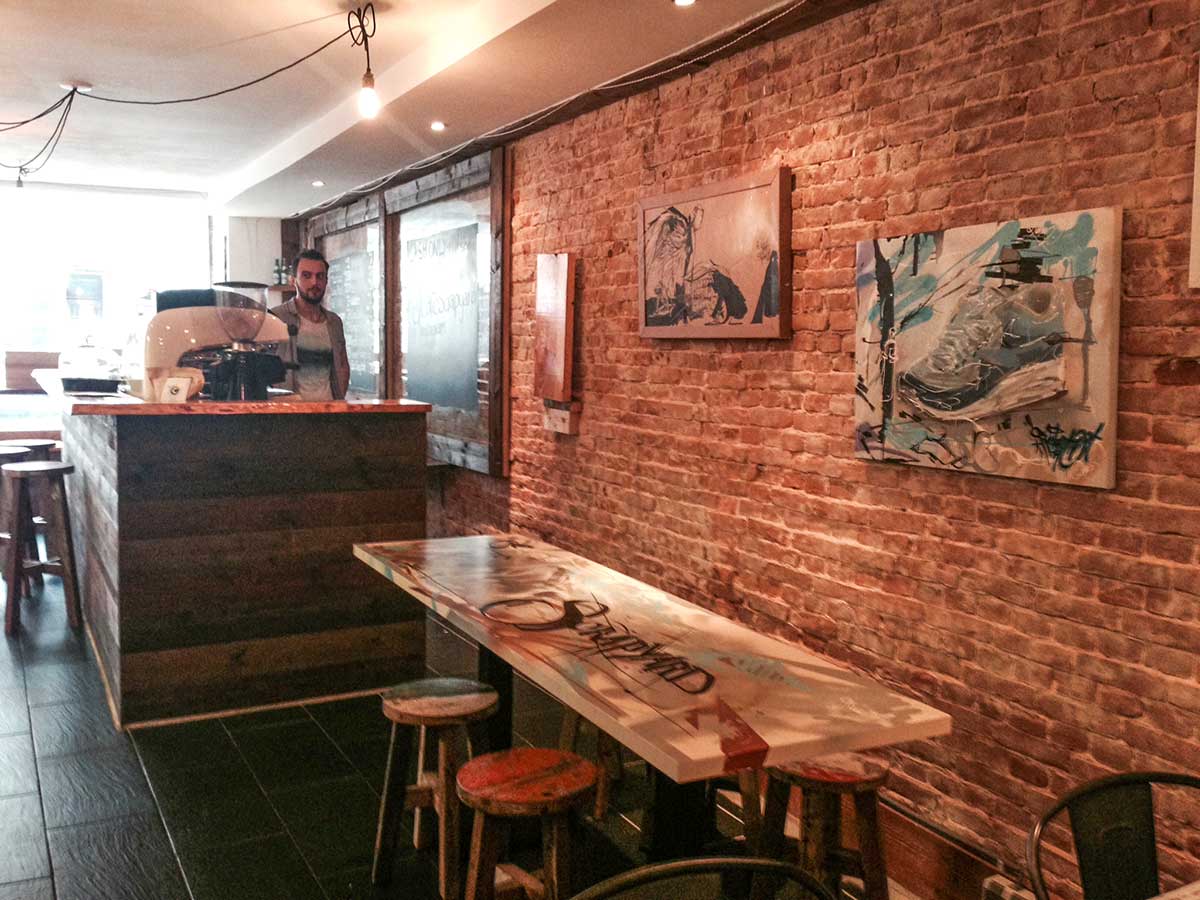 Scrapyard also has regular social events, such as Art Battle Contests where local artists with a mix of different styles (graffiti, tattoo, illustration) compete against each other with the help of the public to decide who wins.

They also host kitchen takeovers where there is a food truck and specialty theme of cuisine. I was informed the most recent one was South African.

Settling into the big comfy leather couch at the back I decided it was time to try another cocktail! Again, spoilt by the menu and amazing names, I plumped for a Basil Fawlty – more chosen out of the amusing name. It was a smooth blend of vodka, crème de cassis, triple sec, elderflower tonic and fresh basil and lip-smackingly good.

Scrapyard really is a cool little place in that it balances beautifully made and tasting cocktails, with a down to earth edginess crossed with unbeatably the friendliest bar staff I have ever encountered in a cocktail bar. Opening till late on Fridays and Saturdays, I can see this being a popular hangout.