Fredrik Backman, My grandmother sends her regards and apologises

In his debut, Fredrik Backman charmed his readers with a cantankerous character with a heart of gold.  The characters in My Grandmother sends her regards and apologises are similarly crusty on the surface.  Seven year old Elsa is brilliant and a loner without friends other than her eccentric – in fact, crazy – grandmother.  But the two of them escape into the Land of Almost Awake or the Kingdom of Miasmas where Granny’s gift for storytelling builds the fortress Elsa needs to face the world.  This is a many-layered novel of compassion and social consciousness which will delight and warm the reader. 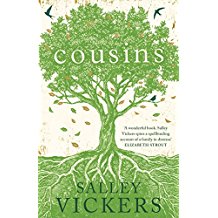 thor of mine, Sally Vickers has had a strong word of mouth following since her debut in 2002 with Miss Garnet’s Angel. A critic from the Washington Post commented that Vickers is a “novelist in the great English tradition of moral seriousness. Her characters suffer, they struggle to be true to both themselves and the promptings of the human heart.”

Her tenth novel, Cousins, is a family epos following three generations of a family of English gentry in the rapidly changing 20th century.  Three of the women attempt to reconstruct the impact on the family of a dramatic accident which befalls two of the young men, Nat and much later Will, who fall while free-climbing the spire of King’s College Chapel in Cambridge. Tender, philosophical, complex and reflective, this is literature at its best. 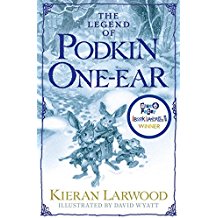 A new saga for children in the tradition of Watership Down has been born! A traveling bard arrives in the grand hall of a rabbit’s burrow and recounts the legend of Podkin One-Ear, a fearsome warrior rabbit renowned for beating back the vicious iron-clad rabbit breed which has sought to take over the realms of other rabbit clans. This beautifully written and illustrated tale is already becoming a classic, with more promised from author Kieran Larwood.  Great storytelling!

Len Vlahos, Life in a Fishbowl

The new owner of one of my favourite bookstores, The Tattered Cover in Denver, Col 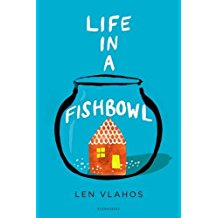 orado, is also the author of several young Adult novels.  His most recent work, titled Life in a Fishbowl, is a quirky satire about Jared Stone, a politician in Oregon and the father of two daughters, who discovers that he has six weeks to live.  Afflicted with a brain tumor (which becomes a major character in the book), Jared decides to sell the rights to his story to a television network.  The ensuing reality TV programme pokes fun at the obsession of watchers with the tragedies of other people.  As the cameras intrude on the lives of the Stone family, the members begin to fight back.