The Beer Hunter ventured slightly further afield than the outskirts of Amsterdam in pursuit of different beers and some new sights. To achieve this a small crew was formed with the plan to cycle from Lille to Amsterdam over three days and sample some local beers on the way.

The first part of the journey was by far the easiest – Amsterdam to Lille on the Thalys train with bicycles in bags on the storage racks. There we met another team member joining us from London, also by train, and set out in the direction of Brugge. The French do have a cycle path system but it has to be said that some repairs are overdue in some places, and the padding in our shorts was given a thorough test in the early parts of the journey.

It did not take that long to reach Ieper (Ypres) in Belgium (we are firm fans of the Schengen benefits), where we first paused to visit the Menin Gate, a memorial to the many soldiers from the Commonwealth that gave their lives during World War 1 but whose graves are unknown. The monument is inscribed with the names of 54, 896 officers and soldiers and really brings home the scale of the death during this conflict. It is notable that there is a Last Post ceremony held at 20:00 every day, a remarkable and moving tradition. 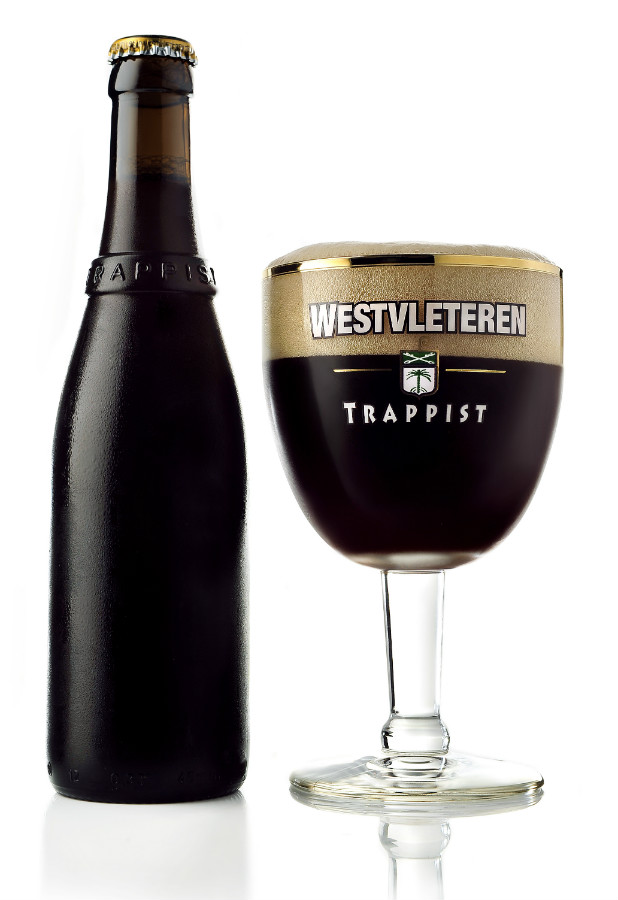 The Menin Gate gave us time to reflect, after which we went in search of the necessary fuel to keep our journey going. We managed to find a very nice café just off the main square where we found some hearty food and sampled our first beer of the trip. We were not that far from the Abbey of Saint Sixtus where they make the Westvleteren XII and VIII but both of these beers can be hard to find and are not necessarily the best choice before cycling for the rest of the day, so we opted for a pils style beer from the Sas brewery. This was an excellent tonic and helped us on our way towards Brugge, where we were very confident of finding more beers to sample. 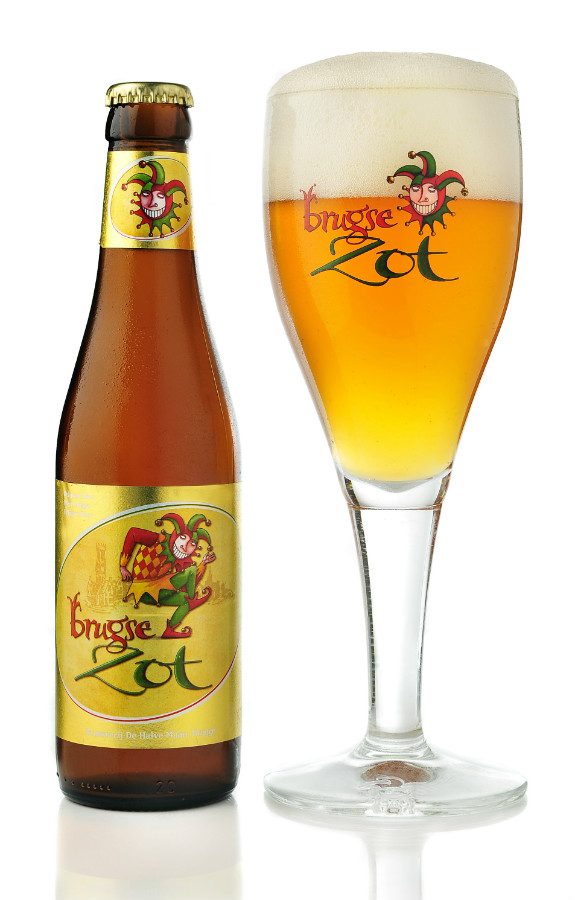 is a fine beer that is increasingly available in the Netherlands, La Chouffe will always be a favourite and the Westvleteren XII is indeed a very fine beer but should be sipped like a fine wine, not quaffed. Knowing that we had more kilometres to cover the next day tempered our enthusiasm for too many samples, but it was a nice way to spend the evening. 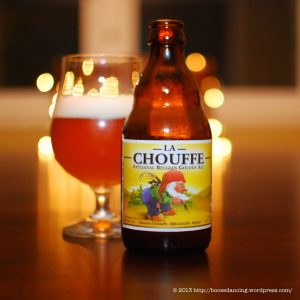 Saturday morning arrived with the prospect of our longest day in the saddle ahead. After breakfast and some world class dithering, we were finally in the saddle again, pretty much convinced that someone had been sharpening our seats through the night. The forecast was wet and windy so there were some gritted teeth as we set out. We cycled up to Breskens (crossing the border without realising) then took the ferry to Vlissingen. Having just missed the boat we retired to the local café for coffee and snacks as it was a 50 minutes wait. Once on the boat we had the joy of watching the cloud cover get darker and lower, then the heavens opened. It was already windy and this seemed to intensify as we crossed the water, making a combination that drove us straight in to the nearest café for an early lunch. Broodje gezond washed down with a Leffe blond 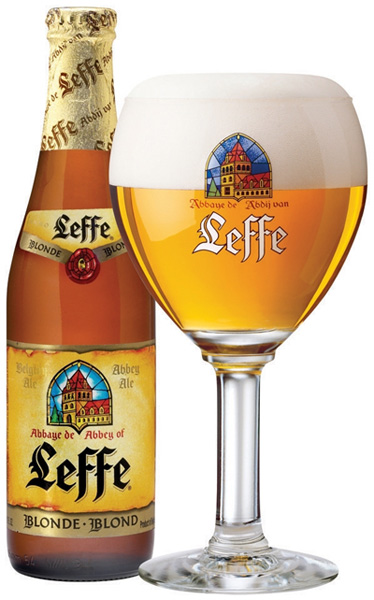 may not be the default choice for many but it certainly went down well as we watched the wind blow in some slightly brighter weather.

The rain finally stopped so we set off again, destination Brielle. When planning the trip we had hoped for the more normal southerly winds, but we were now cycling into winds from the north west that were directly into our faces for many sections of the journey. Crossing the first section of the Delta Works storm barriers was as tough as it gets on a bike but we persevered knowing that there were more beers to sample when we arrived in Brielle. As we ground our way up through the Delta Works we saw many kite surfers from various European countries all enjoying what looked to be ideal conditions for their sport, who in turn looked at us as though we were completely mad. 20km from Brielle we stopped again for an emergency snack and the chance to sample a glass of Brugse Zot again, which gave us the energy to complete our journey.

Showered and refreshed, the quest continued. Our hotel had a good selection of beers so we warmed up with a 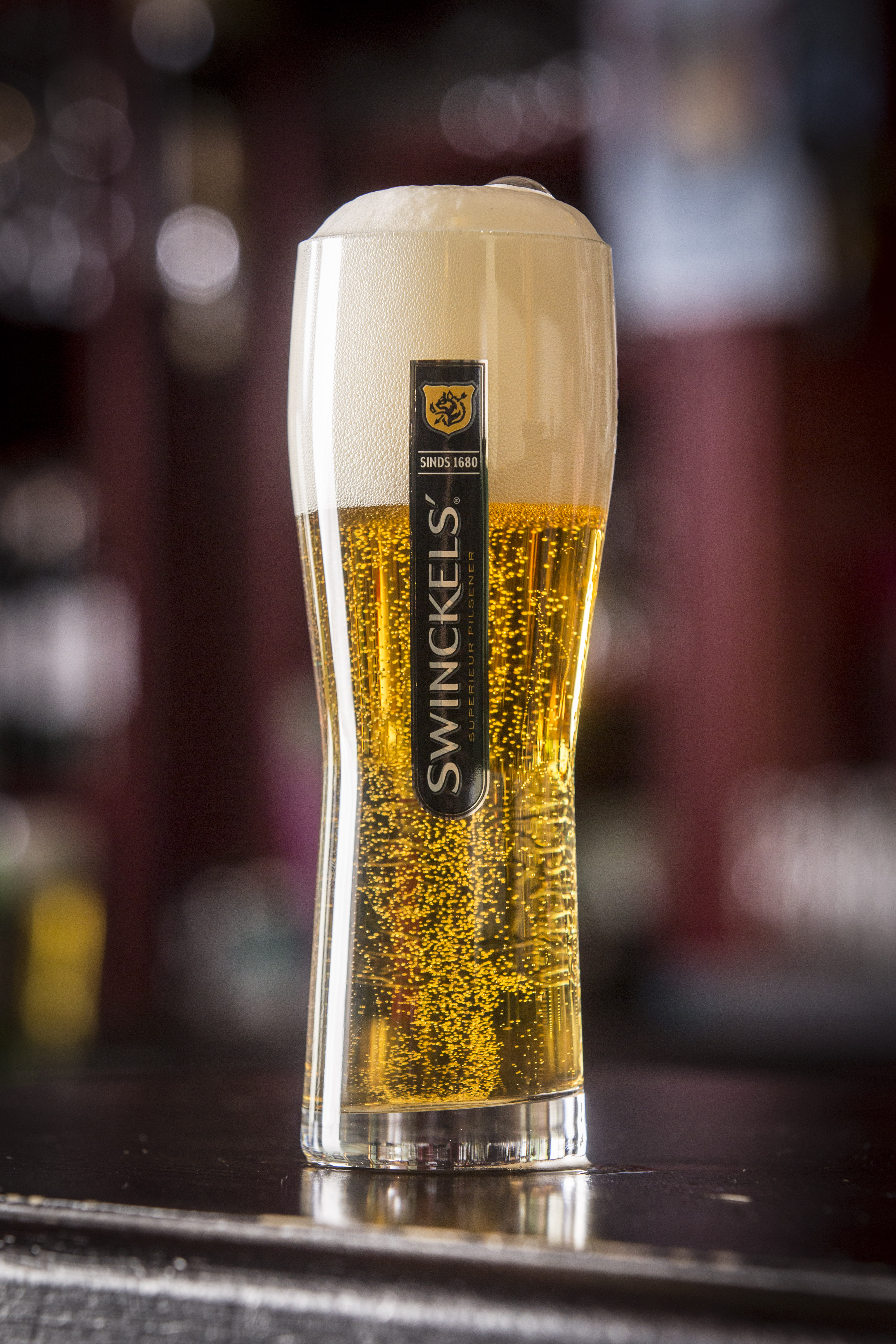 Swinckels pils. This beer is from a brewery that dates back to 1680 and is now part of the Bavaria stable. For our taste Swinckels is far superior to the parent brand and it was the ideal palate cleanser to get the evening going. We defaulted back to Trappist beers, but this time from a Dutch brewery (De Koningshoeven Brewery) near Tilburg. We tried the blond and the dubbel and both styles were well received. Our next stop was the bar / restaurant t’Kont Van Het Paard as the reviews of their food and beer selection were good to discover that we were not the only ones to read this, and that no reservation meant no table. There is thankfully an excellent restaurant just round the corner called De Smaeck van Breille that offers great food and friendly service, so we dodged the threat of starvation for another evening.

The final stage our beer tasting adventure was to return to t’Kont Van Het Paard for some digestif beers. We sampled a beer that none of us had heard of before, 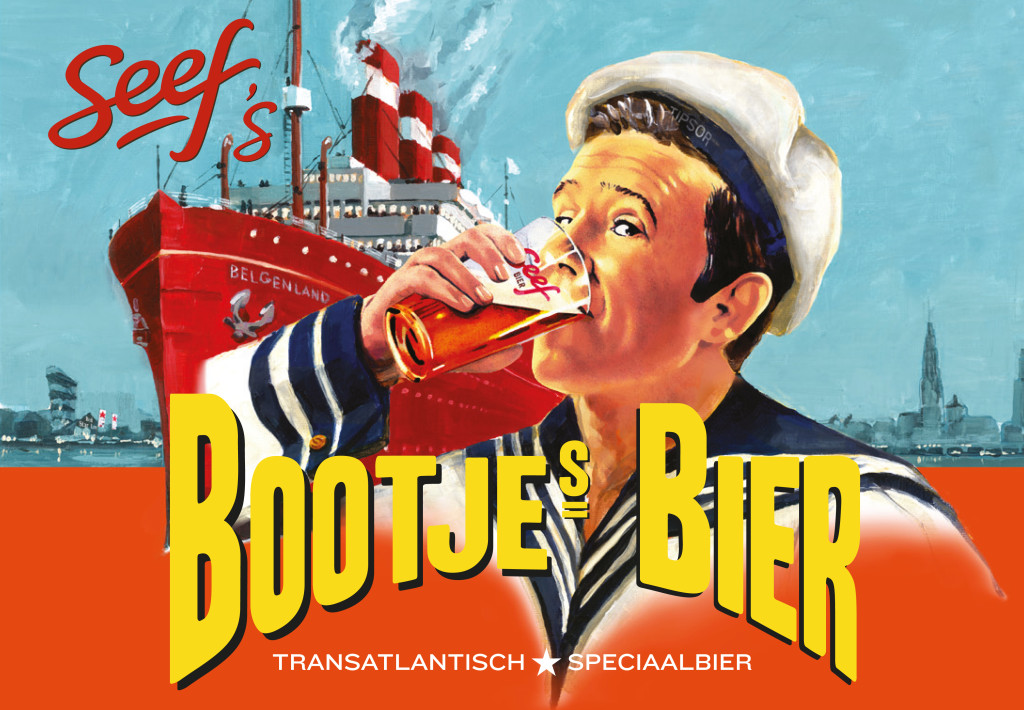 Bootjes Bier, a couple of Trappist beers and a stout. The Bootjes Beer was tasty if a bit sweet for some palates, and the note taking sadly ground to a halt at this stage. The final leg of the journey took us up through the lovely city of Delft, but fatigue was starting to creep in so we opted for caffeine over beer. It was a fascinating trip through three countries leaving the impression that Belgium still makes an amazing selection of fine beers that spans all styles and tastes but the Netherlands still has some fine beers of its own. Many people believe that Trappist beers only come from Belgium so it was good to taste beers from a Dutch Trappist brewery. That said, the Westvleteren XII is going to take some beating as it is an exceptional beer. 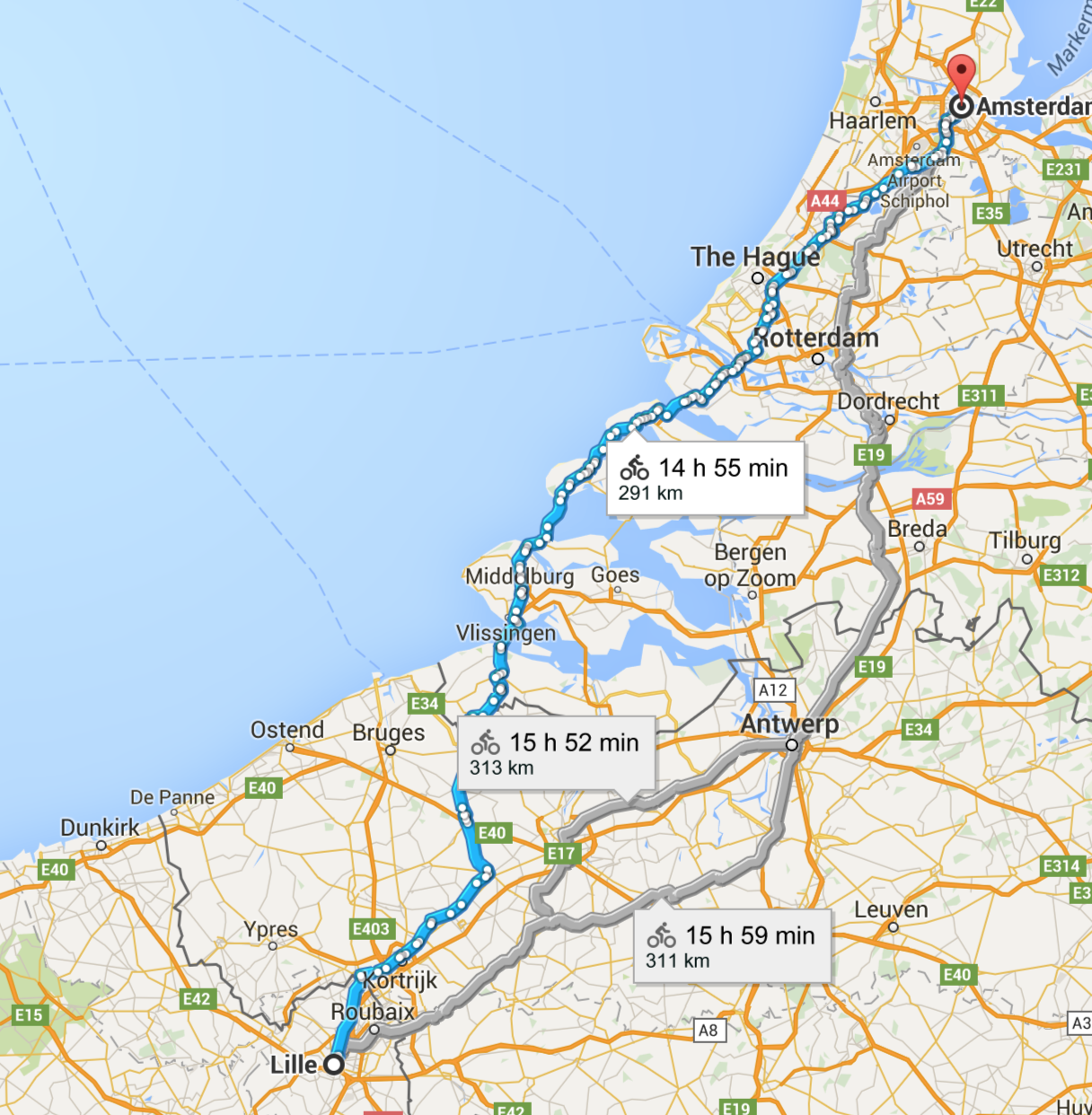