I would like to thank Mike Waters for his fabulous interview this month, Mike has been the Chairman of the Commercial Anglo Dutch Society (CADS) since June 2011. CADS is a professional Amsterdam business and networking club whose main purpose is to promote Anglo-Dutch relationships through a series of cultural, business and social events.

“The CADS monthly lunch provides a cultivated digression from the politics of the office; a sunny terrace in the crude storm of the everyday.” John Richardson

CADS are a community of individuals united together by a common bond of nearness between our two nations; those who recognise each other as associates, friends, and acquaintances. CADS lunches are on the 3rd Friday of each month and on Friday 21st October the British Ambassador addressed CADS at the Apollo Hotel in Amsterdam, on the continued discussion over Brexit and the process by which the UK will leave the European Union after 45 years of membership.

Where did you grow up and what is your most vivid childhood memory?

I grew up in Cheshire, in the village of Gawsworth. Not sure which memory is most vivid – singing in the choir at St. Michael’s; learning how to type at my father’s office in Stanley Chambers

with ballet dancers practicing in the hall next door; exciting trips to the seaside to visit grandparents in Deganwy, and playing on the beach. The sight and sound of the huge express steam trains at Macclesfield station, and the little ones that plied the line to Holyhead. Being responsible for keeping the big coke range alight at home – riddling out the ash and filling the coke hod and the stove before and after school. Visiting grandparents in Oldham, and being up at the crack of dawn to run out and meet the milkman with his horse and cart, so that I could ride down Clarksfield Road with him.

How did you land in the Netherlands?

As a young science graduate I worked in Durham and then London for a company called Mullard Ltd, which made electronic components. We were taken over by Philips, and after a couple of years, I was offered the opportunity to participate in a major investment plan in Taiwan as the commercial manager of a fast- 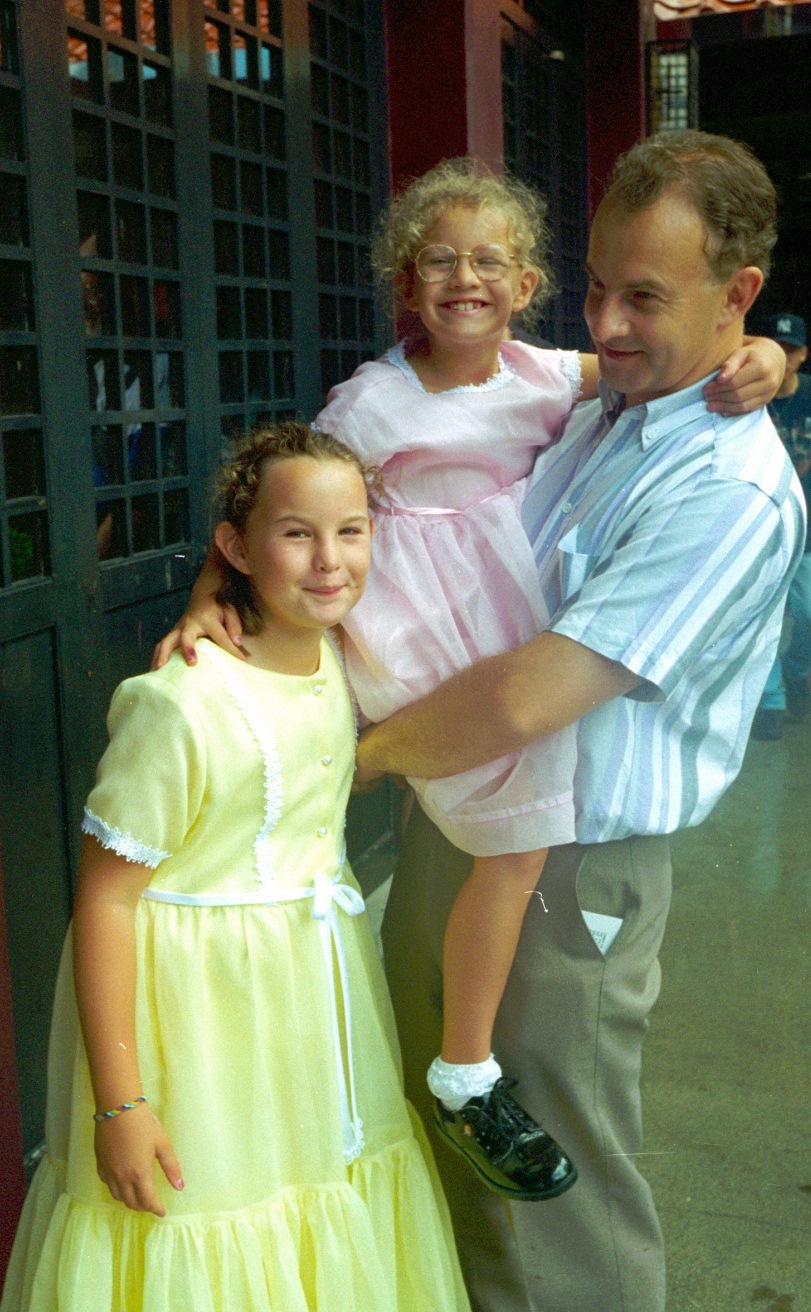 So we moved from Weston Favell in Northampton to a village called Tamsui, just north of Taipei, and my young daughters went to the British School in Peitou and later the American school in Tien Mu, whilst Carol my wife became the head of the reception unit at the British School. After a number of years in Taiwan, I was asked by Cor Boonstra to come to Amsterdam to help set up the new Philips HQ here.

MY view was that it was crazy to run the business from Amsterdam, since most of the factories and customers were in Asia. Cor told me that it was because the distance from Taipei to Amsterdam was shorter than the distance from Eindhoven to Amsterdam. In cultural terms he was correct, so we came. When he retired in 2001, I decided to leave Philips and set up my own shop. Since the girls were at school here, and Carol had a job teaching at the British school, I set up in business here, and somehow we have just stayed!

Full steam ahead or all change? What do you want to see happen over this next year ?

We are starting to think about retirement at some point in the future, and where to go. But that is some time away. Carol is still teaching, and I’m running a small UK start-up at the moment, so much too busy to do anything about it. In the short term I want to make a success of this fledgling company, get some clarity on where we go next, fill the CADS membership list with a few more younger business women and men, and continue to explore the delights of South Holland whilst we are here.

What is your idea of perfect happiness ?

Lots of ideas for things in the future. Exploring new places with Carol, revisiting old friends in Asia, Africa and the USA, being together with my family, and scoring a hole in one on the golf course, to name just a few!

For the past, I guess most of them involve Carol, like when she said yes to my proposal of marriage, and being together on holidays. 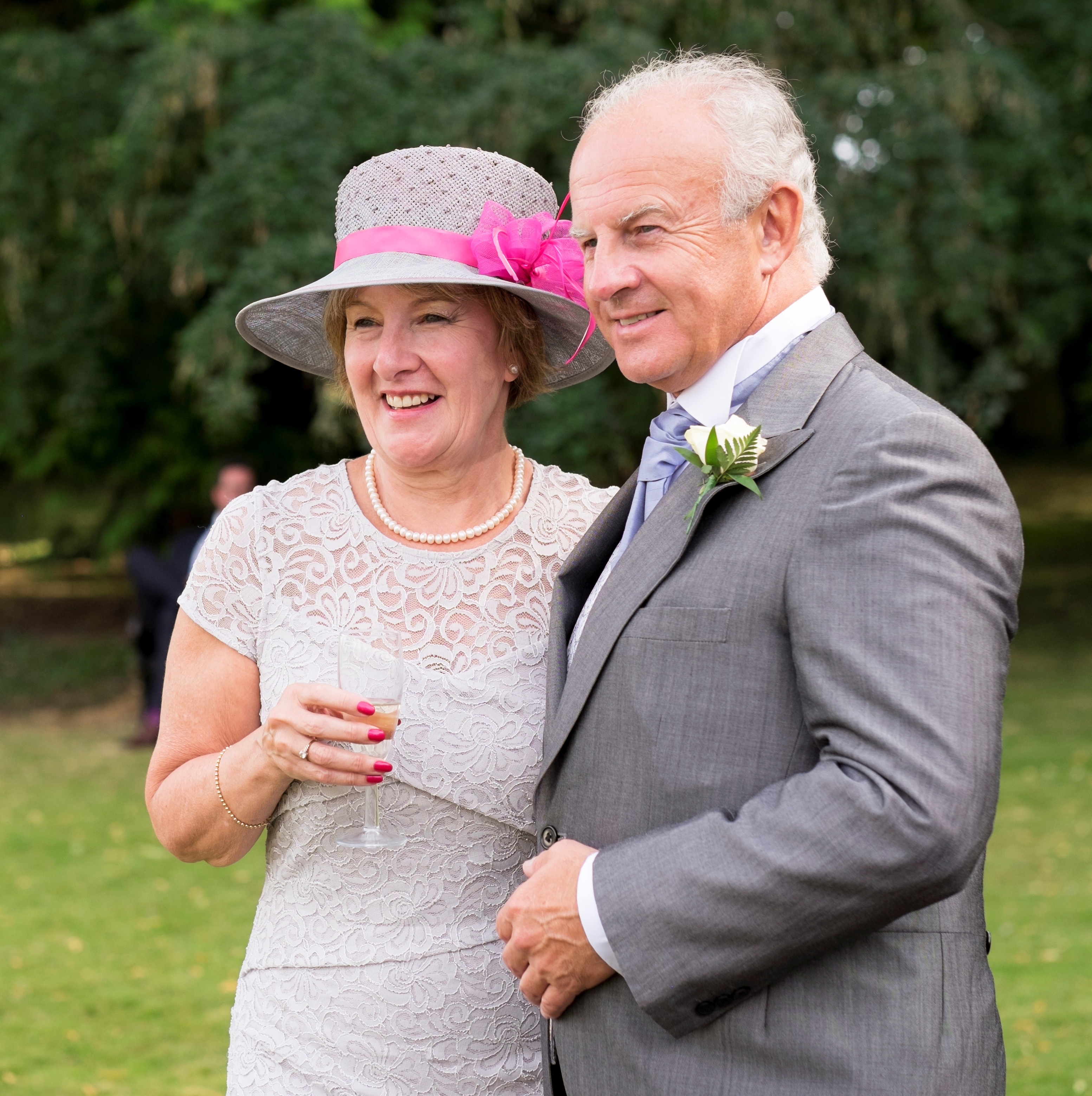 If you could choose anywhere to live in the world, where would it be ?

Ah, there’s the rub. We have recently thought about North Cyprus, Lisbon, Dorset, London, and Manchester; but there is no pressure to go anywhere.

Perhaps the correct answer is The Netherlands, since we seem unable to leave!

Do you have any heroes in real life?

All my real life heroes have had feet of clay.

In politics, I think Tony Blair was an exceptional politician, and really pioneered the deployment of measured targets from government to the civil service, so when the government said we need more houses, there came a plan of how many, where, and by when, and that was executed and measured, with rewards for success and sanctions for failure. With Cameron, all that disappeared overnight, so when Cameron said he would build 200,000 more houses during his term as PM, or protect the NHS, or make a success of Europe, no one believed him. But Blair’s reputation was destroyed by his decision to support Bush’s invasion of Iraq, and the mess that resulted from it, compounded by his inability to accept he had failed.

In business, my hero is John Harvey Jones, who led and exploded ICI from a moribund and dying company into a series of high performing drug and chemical businesses that are still growing and being successful now, almost 25 years after he set the direction. However, when he retired and became a small business guru, his analysis of Morgan Cars was completely incorrect, and rightly rejected by the owners.

Having lived here for more than 15 years, I now regard people like Sir Chris Greenwood, our judge at the ICJ, and his colleagues at other international institutions, as the nearest thing I have to heroes, as it is the peacemakers who I respect the most of all.

What has been your greatest extravagance to date ?

We live in a house that is much too big for us – especially now the children have left home. But we enjoy it very much even though it is hard work at times. We also both drive nice cars, and go out for expensive meals.

Those are my personal extravagances, and consume funds that could perhaps be better employed elsewhere. That guilt is compensated by paying the associated large amounts of tax, and I feel that the Dutch government uses those funds fairly and efficiently.

Apart from that, I suppose our children have been our greatest extravagance; but I am very proud of them and don’t begrudge a penny of the money we spent raising and educating them.

What is your most treasured possession ?

What are the things you carry from your house when it’s burning? Carol, if you can call your partner a possession! After that, probably old photographs, and the hard drives with all our pictures on them. The rest of our possessions are just stuff, and replaceable. We have much too much of it, and I dread the prospect of downsizing because it will mean spending weeks jettisoning it.

What quality do you most like in a woman?

Hahaha, that’s a sexist question! Probably her love for me… I would really dislike being in love with someone who can’t or won’t love me back. Then all the other things; empathy, courage, strength, intellectual and emotional intelligence, fortitude, faith, and of course the looks and figure that turn me on as well.

What quality do you most like in a man ?

All the above, with the possible exception of the looks and figure!

Although I’ve never felt the need for a physical relationship with a man, I find our modern English language restrictive. The Greeks had 4 different words for love, only one of which was used for physical love.

What do you most value in your friends?

All the above! But mostly friendship is the feeling of warm familial love that we have the power to give to people we choose, as well as those we are related to by blood. A friend is someone who can tell you that you have been stupid as well as clever, or hurt them, or not been in touch for ages, but they still love you just the same. And you feel the same way about them.

Which living person do you most admire?

Carol of course, and both my daughters! Followed by a bevy of people who struggle to effect positive change, or bring peace to conflict zones, food to the hungry and comfort to the sick and dying.

What if anything would you like to be remembered for ?

Being a good husband and father, and a friend to those I have met along the way. I suppose we all want to have made a positive impact in our lives, so playing a part in the elimination of poverty, war, illness and hunger would be good as well! I can hardly claim to have done much in that direction so far, so perhaps that defines where I should be going next!

Is there anything that we should have asked you ?

Perhaps you could have asked about some of the spiritual questions that I struggle with. I have always been curious about why I exist, and what happens when I die? Who is this guy Jesus who lived 2,000 years ago, and how and why did he die for me? Over 300 people testified and wrote that he went on to rise again and continue his teaching after his crucifixion. What was the physical nature of this risen being – was he a zombie or ghost of some kind, buried alive and recovered, albeit with a few holes in him, or still able to be both perfectly human and perfectly divine? What is my part in that story, if any, and how can I prove to myself and others that God exists, and why..? Why do bad things happen to good people? How will I explain myself if called to account for my life?

I’ve spent time exploring these personal questions, and my favourite writer on the subject is C. S. Lewis, a prolific writer and teacher who is precise and logical in his thinking. No woolly-minded liberal approach there!

We hope you enjoy our Britsoc events so do you have a favourite one and why ?

Absolutely. My favourite is the BritSoc Christmas Ball. This is the glittering premier event of the Amsterdam social calendar, and I would hate to miss it. It sets the scene for the Christmas season, raises money for charity, and gives us all an excuse to dress up and have a great time. I love it!